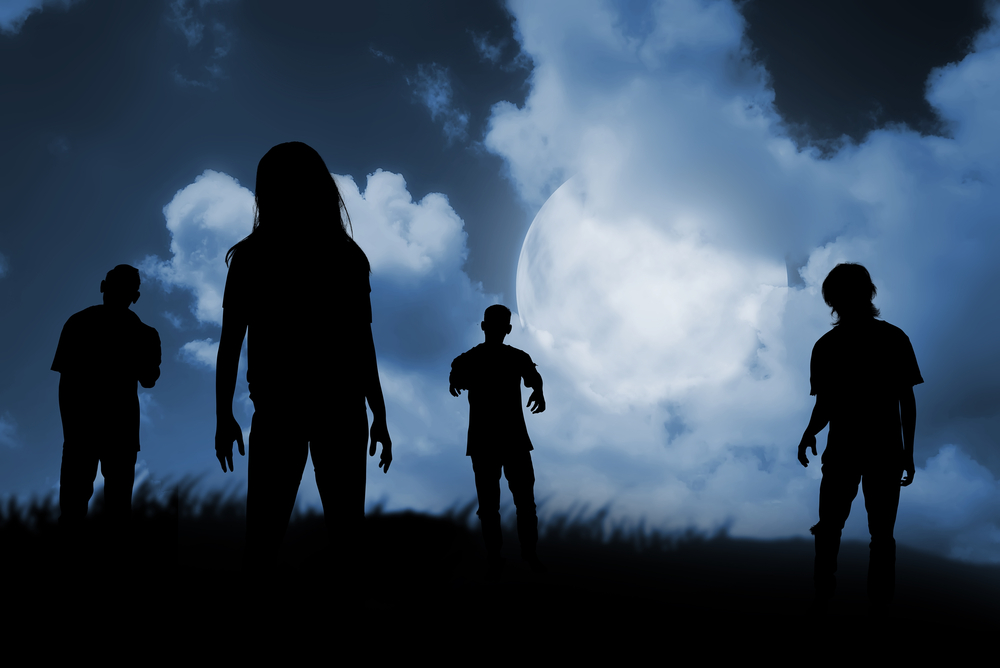 David Zabloski woke up to find the world had completely changed.

Not remembering much about the night before, Zabloski finds himself having to fight his way out of his apartment. When he reaches the Blue Moon Apartments’ parking lot, he finds a female police officer in trouble.

He made his way to his sedan and tried to start his car but found it wouldn’t start. He then got his shotgun from the trunk and helped the officer.

After slaying one and distracting the other zombies, the female officer and Zabloski escaped. They made their way to the nearby highway.

They both introduced themselves to each other and talked about what to do next. Officer Christie said she was responding to a call downtown about a several people being attacked. When she arrived on Main Street, her patrol car lost power and she plowed into a traffic light pole. It then caught on fire.

She stepped out of her burning vehicle and was immediately confronted by someone trying to attack her, she warned the man who continued to advance. She shot the man in the shoulder but he kept coming. She then had to shoot the man again who dropped to the ground after. She was trying to call for backup and an ambulance when a distraught man tried to wrestle her service weapon from her. She subdued the man and handcuffed him, but was soon surrounded by more attackers.

In the ensuing fight, she dropped her gun. She fought back with her baton but there were too many attackers.

She was forced to leave the area but not before hearing pleas for help from nearby buildings.

She asked Zabloski for help retrieving her gun. She also wanted to go back to Main Street and help those people screaming for help. He offered that they should first find the Garage Gamers’ Group, several college students who are friends of his. Zabloski cares for them and believes they would be able to help. He also suggested they find a lan line phone since their cell phones weren’t getting signals.

Officer Christie admitted to not knowing Pinebox as well as she would like since she dormed at East Texas University when she was a student there. She said maybe one of Zabloski’s friends may know where to find a lan line phone. Officer Christie said she had just recently completed officer’s training and it was her first day on the job.

Zabloski said it was a hell of a first day for her.

I'm sorry, but we no longer support this web browser. Please upgrade your browser or install Chrome or Firefox to enjoy the full functionality of this site.